skip to main | skip to sidebar

Don't forget to register for the Maher Studios Webinar that's happening at 9:00pm EST tonight.  Information on the 2015 VentHaven ConVENTion as well as a short script writing seminar.  Register here http://webinarjam.net/webinar/go/3654/359e9c2acb
Posted by Daniel Jay Robison at 12:13 PM No comments:

Add Your Internet Blog to be Posted on Cybervent 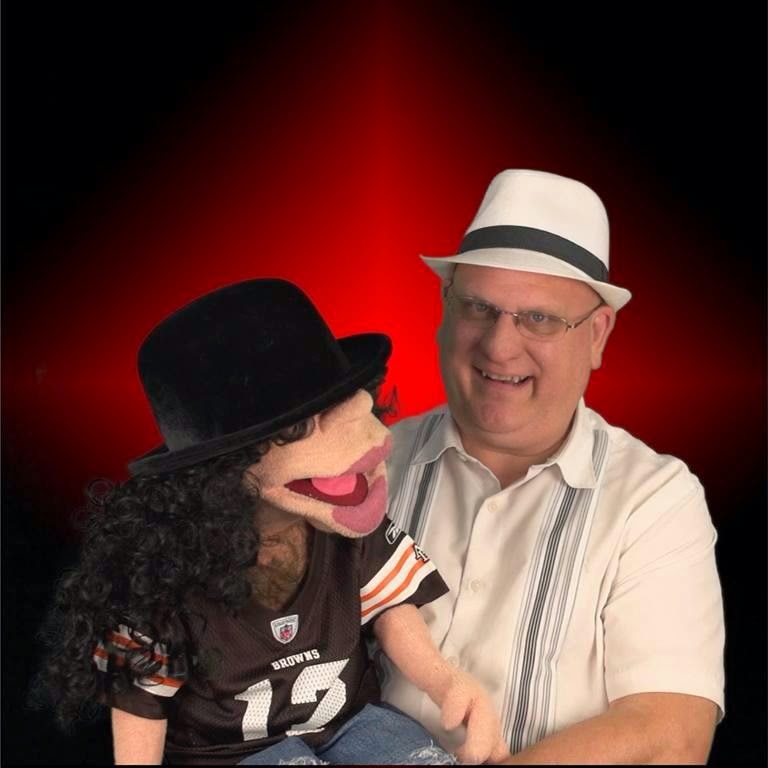 We just updated the blog page on Cybervent and instead of just listing who has a blog and a link on how to get there we will now post your latest blog!  Just give us your information and we will start posting your latest blogs on Cybervent's blog page http://www.ventriloquist.org/wp/whos-blogging/ .  We also have it set to AutoPost on our homepage so any of the latest posts will automatically post on our homepage.  Here is a list of the bloggers we already have set up:

If you would like to be added please email us a link to your blog page and, if you know what it is, your rss feed at admin@ventriloquist.org .
Posted by Daniel Jay Robison at 11:40 PM No comments:

Can I Be Honest With You?

"Can I be honest with you?"  Don't you love when people say this?  What do they mean?  I want to say,"Were you lying to me this whole time up to now?"  The question is, was what they were saying the whole time before this a lie or just parts of it?  What kind of person has to say, "Let me be honest with you."  I would hope that you've been being honest this whole time.  At this point I don't know what to believe when this person talks to me.  Should I only believe them when they ask my permission to tell me the truth?  At this point I have to assume they are lying unless they ask me again if they can be honest.  Well, there are variables of this question such as the statement, "Let me be honest." or the in your face, "Honestly".

And what in the world has this society turned in to when you need permission to be honest?  Are we nothing but a bunch of liers in this country?  And here's another great question, what if you're in court under oath?  If you ask that question the judge should be able to throw you in jail for purgary automatically.  Of course people use this all the time not realizing what they are really saying.  That being said, 98% of the people in the world are liers (probabally more than that but I'm excluding my mother and people like her).  One studied showed that 91% of people said they lied on a regular basis, the other 9% probabally lied on the study!

Want a sure sign that a person is lying to you?   Here's one.  "You calling me a lyer?"  If someone ever says that to you just say, "No, but you just admitted it."  I have never heard anyone say this that wasn't lying.  Another way to tell if a person is lying is in their tone and how they say words like didn't, couldn't and wouldn't.  If they put heavy emphasis on these words chances are they are lying.  If they say the full words like DID NOT, COULD NOT or WOULD NOT you can guarantee they are lying.  As the famous Bill Clinton has proven, "I DID NOT have sexually relations with that woman!"  If you really want to get more tips on how to catch people lying watch reruns of the TV series Lie To Me or there are a lot of great books out there.

Anyway, from now on, before the words ever come out of your mouth, "Can I be honest", catch yourself and just skip it!  We got enough to deal with besides worrying about whether you've been telling us the whole truth up till now.

Posted by Daniel Jay Robison at 9:52 AM No comments:

That is the question we all ask ourselves. God put us here for a reason and put people in our lives to mold us and make us who we are but we always as, "Who am I, Why am I here?!"

Personally, I love the majority of people God has put in my life. Great friends and a fantastic family. But still. What is my purpose in this life? Is it like George Bailey in ,"It's a Wonderful Life." To just have an influence on others or is it to leave a legacy?

What can I do today to leave the world just a little better than it was yesterday? Hold the door for a person? Stop and help someone who needs it? Call someone I haven't talked to in a while?

Will we ever have the answers to these questions? Today I just thank God that I still have a state of mind to ask this question and truly be concerned about the answer, whatever it may be.

We talk about ventriloquism and the basics and I can't help but wonder what people are thinking that call themselves ventriloquists and you can tell they haven't even tried to learn to talk without moving their lips. It amazes me when I go to a convention, whether it be venthaven or one of the other conventions where ventriloquists gather you find the same amount of people walking around with puppets doing a horrible job with lip control. They don't just slip up once in a while, they haven't even practiced. If you've ever been to a convention you know the people I'm talking about. The sad thing is if you ask someone off the street what a ventriloquist is they would say, "Someone who talks without moving their lips." But these people think it's ok to call themselves ventriloquists and not even practice the basic fundamentals of ventriloquism.

I am sure this is a pet peeve of anyone that has put in the hours of practice trying to perfect the skill of talking without moving their lips. The ultimate frustration is the person who's puppet sounds the same as them, they have jerky movements and deadsticking and they move their lips. I mean honestly, what are you doing at a ventriloquist convention with a puppet? If your a collector for the love of Pete just quit trying to talk your puppet and say your a collector. Shame on you if your booking shows calling yourself a ventriloquist and ruining it for the rest of us.

There comes a time, after many practices and performances that you might be able to get away with some lip movement and be forgiven. Once you make the characters look real and believable people will be watching the puppets when they talk, not you. But until that point you should be as good as possible. I know there are always going to be quivering lips, clenching and words that are hard to pronounce. I can forgive all of that. But until you've at least practiced and done the best that you can to talk without moving your lips do us all a favor. Put the business cards on the shelf, take down your webpage, take yourself off of gig masters or gig salad and go buy yourself the Maher course or one of the other great programs out there that teaches ventriloquism and learn to do it correctly.

Up next, where do you get your promotional material?

Posted by Daniel Jay Robison at 3:23 AM 4 comments:

Lip Control in the Ventriloquist's Performance

I know, I know I'm beating a dead horse here but I was just thinking, exactly how much weight should we put on lip control? The thing that brought this to my attention was that my wife and I were watching the BIO special on Jeff Dunham, "Birth of a Dummy" and, at one point in the show my wife said, "You could see his lips moving quite a bit there" To which I replied, "So?!!"

Here's my question, at what point do we give a ventriloquist a free pass on their lip control when it's less than perfect? My answer, when all other aspects of their performance outweighs the quality of lip control. Jeff's lip control is great in most parts of his performance so it doesn't bother me if every once in a while it's not perfect. Besides, his comedy, manipulation, character development and voices far outweigh a minor lip movement every once in a while.

As a matter of fact, once I got my first booking at the age of 12 I thought to myself, "Gee, If people are going to be paying me for this I'm going to have to get better at not moving my lips." Now there are many people out there that call themselves ventriloquists that move their lips horribly. I remember going to VentHaven one year and meeting a fellow that I had met online that was very active on the Yahoo Ventlist and he was walking around with his puppet and talking to people with it and he might as well of been talking himself without the puppet. Lip control? It's like he never heard of it. This gentleman thought that if he carried a puppet and changed his voice slightly that made him a ventriloquist. I'm here to tell you folks that you are not a ventriloquist until you at least get the basics down.

No one can argue the fact that Jeff has the basics down. As a matter of fact, all of the popular ventriloquists of today have the basics down. Terry Fator, Ronn Lucas, Dan Horn and Mark Wade all have the basics down. OK I hear you old timers out there, "What about Edgar Bergen?" Well, first of all where did Bergen and McCarthy get famous? Oh that's right, on the radio. Second, from what I've heard, during vaudeville Bergen had awesome lip control but when he starting doing radio he thought it was more important that all the people at home listening understood what Charlie was saying than it was that the people in the studio didn't see his lips moving. He kept that attitude throughout the rest of his career.

- Posted using BlogPress from my iPad

Posted by Daniel Jay Robison at 1:57 AM 3 comments:

And getting one puppets voice different from another is also a challenge. Many people don't realize this but did you know that on Sesame Street Ernie was never on the same time that Kermit was on. Why was that? Because Jim Henson used the same voice for both of them.

So how do you make your puppet sound different than you or each other? I'll never forget back at the ventriloquist conVENTion in 1980 I entered the Senior Ventriloquist Competition and, after my show I asked Alan Semok what he thought about my performance and he said, "Have you tried an accent with Ziff?" That was a nice way to say, "He sounds too much like you." So accents are one way to make them sound different. Other ways are speech impediments.

Most of all, record yourself, listen to how you sound, and adjust accordingly. Make the most of practicing to make your puppets voice unique from your own. Have fun with it and get constructive criticism.

Posted by Daniel Jay Robison at 9:37 PM No comments:

Daniel Jay Robison
I am a computer consultant as well as do ventriloquism and mentalism. Hope to see many of you at the up coming ventriloquist conventions!